Panattoni, the largest developer in Europe, has, for the fifth year in a row, taken first place in PropertyEU magazine’s Top Logistics Developers ranking.

In 2018–2020, the company delivered 69 million sq ft of warehouse and industrial space to the market. Panattoni owes its strong position to its expert anticipation of market trends and its rapid response to the economic turmoil brought about by the pandemic. 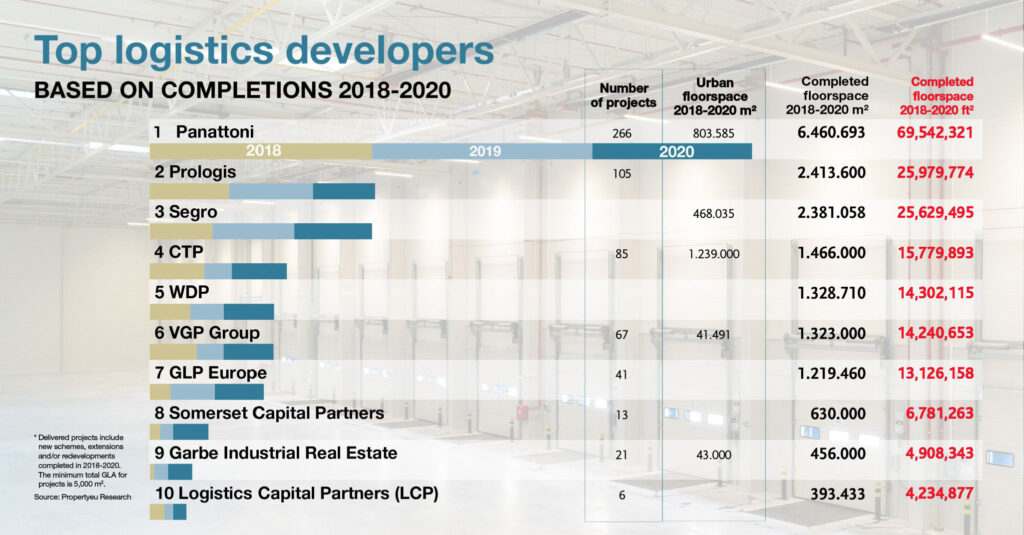 Panattoni has topped PropertyEU’s ranking to secure the title of Top Logistics Developer. The survey ranks the largest European developers according to the amount of warehouse space they build. This year’s list covers the period from 2018 to 2020. During this time, Panattoni delivered to the European markets as much as 69 million sq ft.

Robert Dobrzycki, the CEO of Panattoni, said: “Earning the title of the largest developer in Europe for the fifth year in a row shows that our company has clearly been strengthening its position on the European market. It confirms that the development directions we have adopted were obviously the right ones.

“A major part in this has been played by the growth of e-commerce, which the Covid-19 pandemic has accelerated even further. Automated centres built for this sector already account for 35% of all our projects. The number of ‘last mile’ city parks we have developed in Germany, the UK and Poland is also growing,” he said.

“Around 25% of all our projects are highly technologically advanced production facilities. Panattoni specialises in the construction of this type of facility, tailored for a specific client. The disruption to supply chains caused by the pandemic has been leading many companies to consider relocating their manufacturing businesses or parts of them to Europe to be closer to their customers. The Central European markets in which we operate can only benefit from this.” 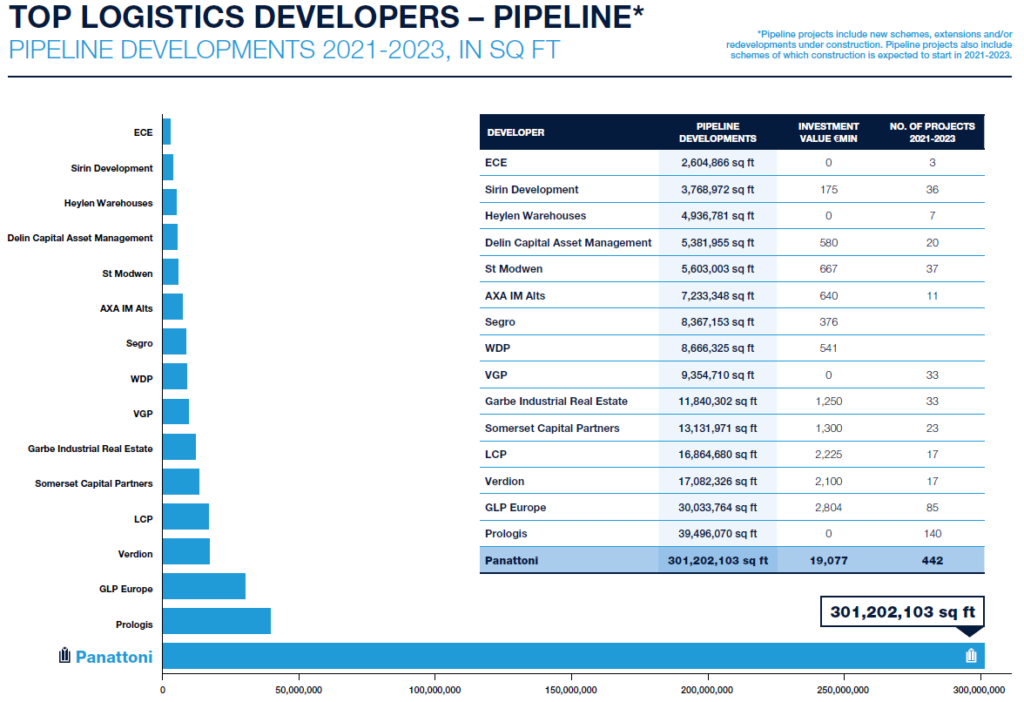 It is not only through an accurate analysis of the market trends that Panattoni’s success has been achieved. The company’s growth has also been fostered by its decision to implement a sustainable development strategy, which has put it at the cutting edge of the environmental changes in the sector.

As standard, the company provides warehouse and production facilities with environmental solutions that help to reduce CO2 emissions as well as energy and water consumption, while improving the well-being of the buildings’ eventual employees. The effectiveness of these measures is also confirmed by the company’s policy of obtaining BREEAM certification for each project. In an era when combating climate change is of paramount importance, such an approach is entirely in tune with the expectations of clients.

In its more than 15 years of activity on the European market, Panattoni has completed projects with a combined area of ​​more than 129 million sq ft. These include both BTS production facilities and more than 2,152,782 sq ft of specialised centres designed for major e-commerce players. The developer also provides a variety of space in its own parks in logistically attractive locations, including in cities. Panattoni is currently active in, among other markets, the UK, Poland, Germany, the Czech Republic, Slovakia, Spain and the Netherlands.

Panattoni acquires new site at J1 of the M18.